Whether you are planning your own funeral and burial placement or you are planning everything for a recently deceased loved one, there will come a point when you need to select a cemetery headstone. There are several options to pick from, and you will want to understand the distinction between them. Here are four types of cemetery headstones you may want to consider purchasing:

These are generally the headstones that are the most affordable because they are not very extravagant, and they are on the smaller side. Many people like the simplistic flat markers as they lay level with the ground. You would have to go up close to the marker to read it, and it is not something that can be seen from far away. Even though the majority of these markers will have just the standard name, birth and death years, and maybe a picture, there is usually enough room for a small engraving to be added.

The ledger marker is like the flat marker in that it lays across the ground, but it is a rather thick stone, and it will cover the entire circumference of the grave. It is a statement piece, and it has a lot of room to add just about anything you want such as a favorite quote from the deceased, a list of their accomplishments, and engraved pictures or symbols.

This is a very commonly purchased headstone and many people view it as a traditional-looking headstone. It has a flat rectangular stone base with a tall vertical stone that is placed on top of that. Most of the time, just the name of the deceased as well as their birth and death dates are placed on the stone. Those who want to personalize the headstone a little more may add a picture towards the top of the stone.

This headstone will look similar to the upright headstone as it has a rectangular base and the piece on top of that, but the top part of the headstone is shorter and wider. Its top piece is also cut at more of an angle. This is great for those that like the idea of an upright headstone but do not like their height.

Head over to the local headstone company and take a first-hand look at example headstones that are usually found right outside. Seeing the shapes and sizes of the stones in person can really help you make the right choice.

For more information on cemetery headstones, contact a professional near you. 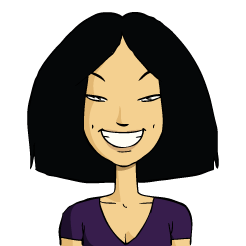 Hello, I am Jo Belencia. I would like to explore the pros and cons of burial and cremation. I am mostly creating this site for myself as I am having trouble making this difficult choice. I do hope that my discoveries will help my readers also come to a conclusion about the best option for them. All of my relatives chose burial over cremation due to their religious beliefs. I do not have those beliefs restricting my decision, so I want to make the right choice for my surviving family members. I will discuss the differences between these two options and explore the techniques used for each one. I will also explore ways to bring up this tough topic with family. Please visit this site on a regular basis to learn all you can about cremation and burial. Thanks.